The best respond to what is happening in the world right now and to protect the future of everyone is to have a citizen’s embargo on all Trump properties and goods around the world. There are too many signs that we are repeating history. 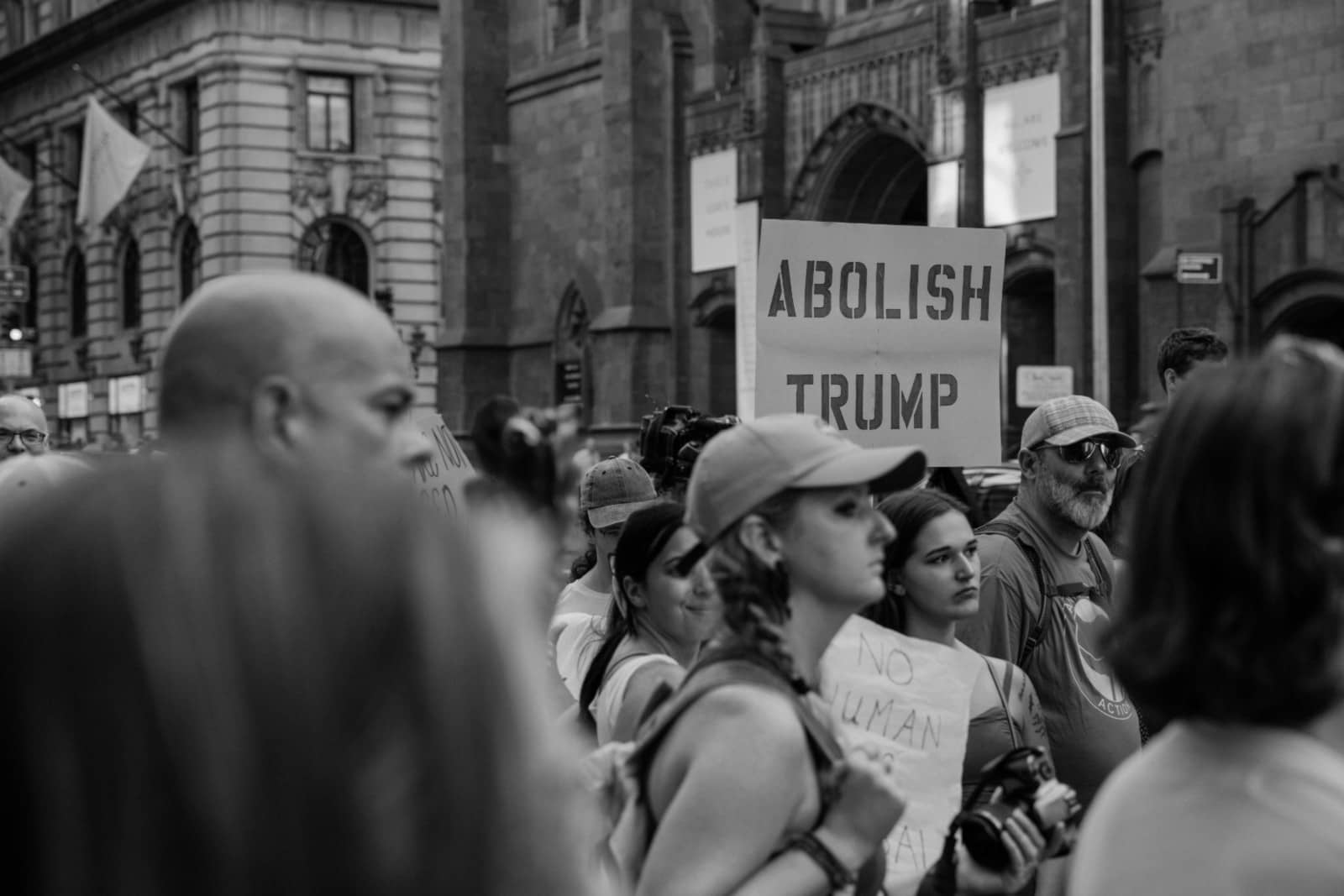 Previous Next
Trump believes he is the most powerful man in the world, he believes he can take anyone to court and bully them into submission. He believes he can just take any woman he wants. He believes building walls will help. He believes, against specialist advice, that an immigration ban will help whilst protecting his own companies. He believes in the destruction of Europe, which has brought the longest period of stability and peace in the world. We have spent the last years after the devastating world wars, building a better and safer world. Yes we still have issues with corporatocracy, the reliability of the media, the honesty of politicians, extremism, wealth distribution, but we have never been safer and more prosper. In fact, Donald Trump only believes in his own truth (alternate view). We are in danger.

But worst of all, by canceling the climate agreement, he has decided that short-term economic benefit is more important then a future for our children. I would even go so far as to call this act a crime against humanity considering he’s acting against all scientific data and that the US is the 2nd largest culprit. The impact of climate change is staggering and he's voluntarily ignoring it. A study in 2007 showed that there are 637 million people living in coastal areas that will directly be impacted by the rising sea levels. Most will have to migrate elsewhere. These figures only show the impacts due to weather and rising water. They do not incorporate the data for the spread of epidemics, the increase in war and the changes in food production. This means we can expect mass population migrations to be reaching around 1 billion. This future is forecasted within the next 30 to 40 years… Surely this is not the future that we want.

Lets show Donald Trump our truth and take away what he thinks makes him powerful and so callous. Lets send him a message, so powerful and so rapid, that he will think twice before acting.  Lets show him what we can do short term.

I commit to embargo all Trump companies and will, do all I can to avoid purchasing goods or services sold by a company owned by the trump organization.

Here under is a list of companies that he owes.  I have found this list on Wikipedia. It is not a full list, as he owes about 500 companies. But start by avoiding these and any with the Trump name.

Don’t hesitate to update the list through Facebook comments or to ask me to remove one if it has been placed incorrectly.

Sorry to all the people working there, and for the harshness of this act. However, I feel it is the only way we as citizens of the world can make a difference and ensure lasting peace between everyone.  Hopefully he will get the message very soon and there will be no damage.

The Trump Building at 40 Wall Street

Nike Store: The NikeTown store is located in Trump Tower.

Seven Springs: A 213-acre estate located outside the town of Bedford in Westchester County.

Trump at Cap Cana will be located in Punta Cana, Dominican Republic.

He also earns money from licencing his name. So don't buy any good with the Name Trump.

ACN Uses Trumps name and pays him $ 450 k per speech

X
The message was sent. You will be contacted as soon as possible
✕
By using this website, you consent to our cookies policy. We do not gather any personal data.